Importance of Music in Your Exercise Class 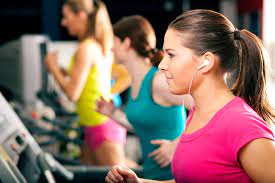 Importance of Music in Your Exercise Class

Music is a huge component of group exercise. Many members come back to classes just for an instructor’s music alone. Have you ever taken a class where you just didn’t jive with the music, genre, tempo, or cueing to the beat? It’s like nails on a chalkboard, and it can be the difference between full classes and sparse ones.

The Importance of Music in Your Exercise Class

Researchers Costas Karageorghis, Ph.D., from London’s Brunel University School of Sport and Education and Carl Foster, Ph.D., of the University of Wisconsin, state that music can, “reduce the perception of effort significantly and increase endurance by as much as 15%.”

“Research further supports the notion that synchronous music tends to drive exercise intensity (i.e., the faster the beat, the higher the intensity). Researchers also clearly identified the effect of increased arousal related to the tempo of the music, thereby making intense exercise seem less stressful.” Foster calls the phenomenon, “entertainment synchronization,” or the desire to move in time with the beat. “You want to step at the rate the music is playing or you want to pedal a cycle at the rate of the dominant beat of the music.” Shirley Archer, IDEA Instructor of the year 2009, states, “loud music increases heart rate and blood pressure, while soft music lowers both,” independent of subjective musical preferences. This study adds to the growing body of research documenting the effects of music on mood and physiology.

Music safety tops the list of importance because you won’t get very far in the industry if your music selection doesn’t fit with the types of classes you teach. If your music is fast, and you teach sculpting classes, there’s a chance your members will try keeping up with the beat and risk their form. Conversely, if your music is too slow without hard-driving beats, members will struggle to get a good workout in a kickboxing class. There are ranges of “Beats Per Minute” appropriate for every class out there today. Some classes will just use music as background inspiration, and in those cases, when BPMs aren’t important, select music based on the outcome you wish to achieve.

If the goal is to push members to their limits in a Tabata class, then fast-tempo, hard-driving beats would be a great choice. If it’s a yoga-flow class, decide ahead of time what you want the vibe to be, and create a playlist with the outcome in mind. Cycling classes require knowing the playlist well and knowing the nuances of the song to use the beats for climbs, sprints, and endurance sections. There’s nothing worse than getting revved up for a sprint only to have the music drop into a slow verse. Music fuels members to push harder, go faster and lose themselves so that they don’t realize how hard they’re working, but it only works if you know your music well.

Beat: Regular pulsations that create an even rhythm. Try to tap your foot to the music and find the beat. If you have trouble finding the beat, find someone who has a good ear for music and let them find the beat with you. Clapping to the beat in your car while driving is a good way to practice this.

Tempo: The rate of speed, beats per minute (bpm). Certain parts of the classwork with different tempos. For example, the warm-up for a class is usually 120-140 bpm whereas the high impact or low impact will be faster. In contrast to the fast tempo, your cool-down music is very slow. An instructor should be aware of the bpm for each section of the class.

Phrase: In music, this is like a complete sentence. Beats of music combine to form measures and measures combine to form phrases. Most group exercise classes work with 32-count phrases that are counted as four groups of eight counts each. As you become more proficient as an instructor, the musical phrase will become very clear and automatic. In the beginning, you may need to work on this aspect by listening to music, tapping out the beats and finding the musical phrase.

Rhythm: A regular pattern of movement or sound that can be felt, heard or seen. As you teach and become more familiar with the music, you can vary the rhythm to assist your teaching techniques. For example, you can slow down the rhythm to half-tempo (two beats per movement) instead of regular tempo (one beat per movement), or double-time (one beat per two movements).

The end of each calendar year gives us the opportunity for a fun thought-experiment: predicting what the future of fitness... read more 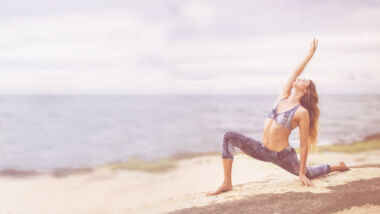 Yes, you do need to cool down. Cue up these slow jams and prepare to zen out with this curated exercise... read more 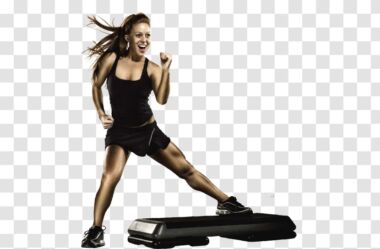 4 Reasons To Partner With Instructor Music As A Fitness Instructor

If you're a fitness instructor, then you know that music can make or break your class. There are lots of... read more 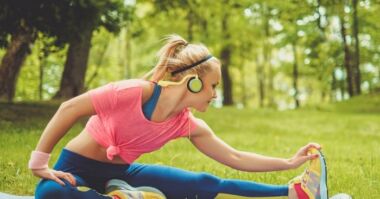 Stretching is one of the best ways to keep your muscles healthy. Stretching regularly will help maintain your muscle strength... read more 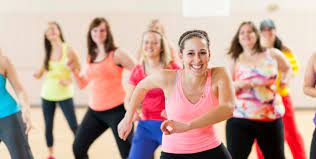 What it used to be: Hi/Lo Aerobics. A popular workout in the 70s that really hits its stride as a favorite... read more 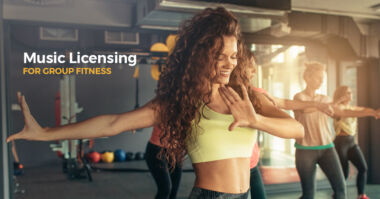 Music Licensing for Group Fitness Classes: Are You Covered?

One of the best things about being a group fitness instructor is you get to choose the type of music you play... read more

20 Best Motivational Songs For Your Workout

We all have that one favorite song that comes through our headphones and gets us AMPED UP to continue our... read more 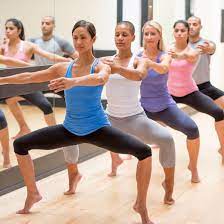 What it used to be: Lotte Berk Method. Originally developed by the once famous European dancer Lotte Berk in the late... read more 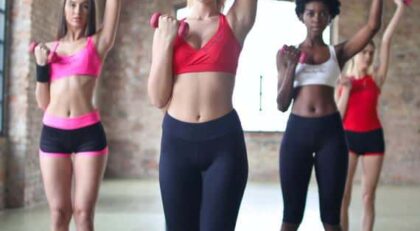 Fitness music plays a vital role in creating an energizing and motivating atmosphere for fitness classes. It can help to... read more 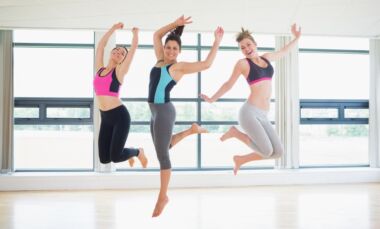 Have you ever noticed how music motivates and inspires you to work out? Do you get excited when your favorite... read more

×
We use cookies to ensure that we give you the best experience on our website. If you continue to use this site we will assume that you are happy with it.OkPrivacy policy